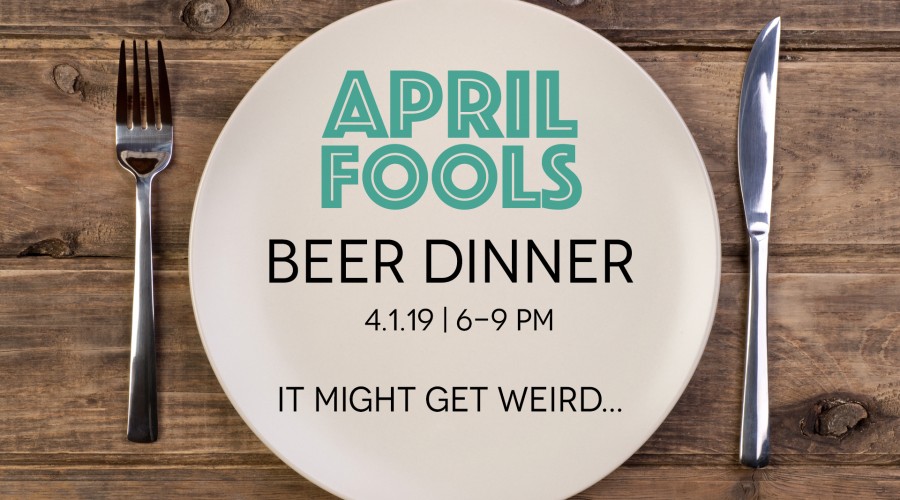 Executive Chef Justin Medina and Certified Cicerone and Brewmaster, Ron Raike have crafted a 4-course dining experience unlike any other to celebrate the most light-hearted day of the year, April Fools. April Fools Day dates back to the 1500’s and is typically known for fooling gullible and convincing people, we’re taking a spin on this hoaxing holiday and making it something fun, entertaining, and delicious. Expect to be perplexed and intrigued by dishes and beverages that may look like something familiar, yet taste like something else.

The event will consist of four thoughtfully paired courses prepared to excite, intrigue, and entertain you. We will begin the event promptly at 6 PM and expect to stay until 9 PM. There will be no exclusions or modifications to items prepared for the eventing to ensure that each guest experiences the menu as Chef Justin and Ron have curated it.

We have a limited amount of tickets available and we expect them to sell out quickly. Tickets are $75 each and include gratuity and tax. You can purchase yours online, in either taproom or via phone (321) 567-5974. 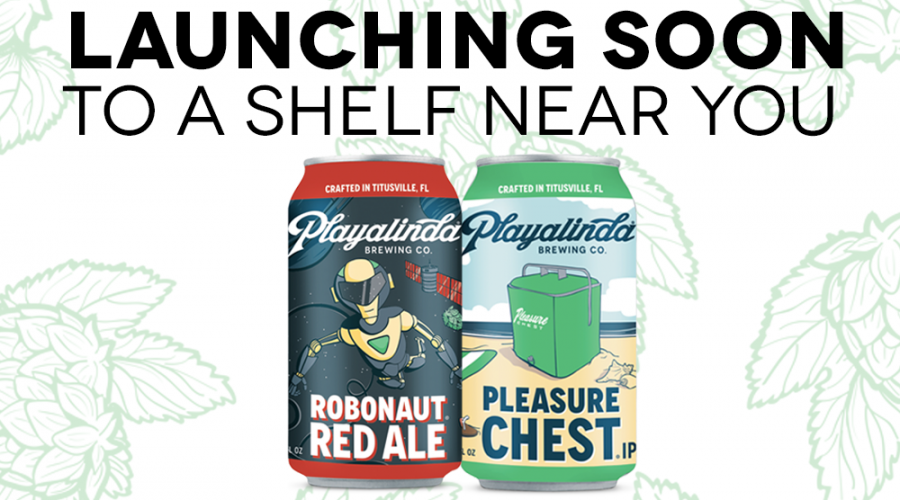 October 2, 2018 By laura in News, Playalinda Brewing Company Comments Off on Cantober

Launching Soon to a Shelf Near You

We’ve very excited to announce that we have just released cans of Pleasure Chest IPA and Robonaut Red Ale into distribution with Cavalier Distributing. As many on the Space Coast are aware, we opened our larger production facility and brewpub, Brix Project in 2016, which has kept the brewery team busy maintaining demand in much of Central and North Florida. 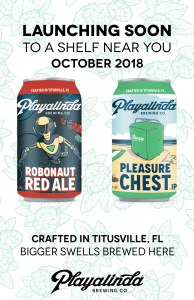 “This can release marks an exciting point for us here at Playalinda and we’ve worked plenty of hard days to get here. With the increase in capacity and our growing distribution footprint, it has been extremely important to us to put an intense focus on maintaining consistent quality with the increasing volume. We’re excited to be able to share even more of what we’ve been doing here in Titusville since 2014 with the rest of the Space Coast, as well as the Orlando and Jacksonville areas in the coming months,” says Brewmaster & Co-Owner, Ron Raike.

Pleasure Chest IPA – 6.6% ABV
Named after our favorite retro 1950’s cooler, Pleasure Chest is an evolutionary IPA featuring several hop varietals. The resulting beer is bright, tropical, and sure to keep your palette entertained. Pleasure Chest has the bitterness you would expect while maintaining an extremely balanced finish that’s bold, juicy, and made for drinking.

Robonaut Red Ale – 5.2% ABV
Robonaut is a hop-forward “West Coast” red ale. Named after the robotic astronaut designed by NASA, Robonaut features subtle notes of caramel and roast that are balanced out by generous amount of hops. Full of flavor and slight hop bitterness, this ale features a clean and balanced finish making it surprisingly easy-drinking.

Stay up to date with tastings and release parties by following us on Facebook: https://www.facebook.com/PlayalindaBrewingCo/