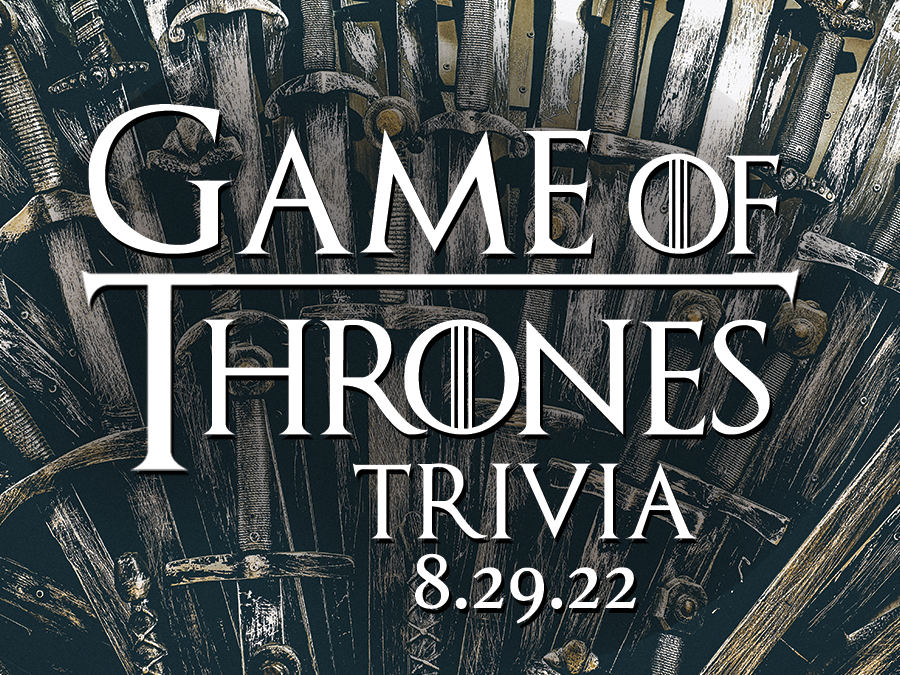 August 29, 2022 7:00 pm - 9:00 pm
THE EVENT for people who drink and know things!
.
Winter is coming…and so is trivia! Join us Monday, August 29th for Game of Thrones Trivia!
.
We know you’ve been binging all 8 seasons, in preparation for the new spin-off series, so why not put all that to good use?!
From the honor of Ned Stark to the brutality of Cersei we will be covering all the drama of Westeros to Essos in this battle of trivia.
.
When you play a game of trivia, some will win, some will lose. (But there’s beer, so that makes it better than the game of thrones…right?!)
.
*This trivia is based on the HBO Show, not the books*
.
_______________________________
.
Want to earn some extra trivia points?
.
Show up 20 minutes early and score an “early-bird” chip which is good for an extra hard point.
You can play solo, or on a team of up to four people, as you battle your way through level after level of brain-boggling trivia on a quest to win Playalinda prizes.
.
Each week, you and your posse will have the chance to score a Playalinda gift card (usable the following week) PLUS bragging rights as the Smartest Beer Drinker on the block for a full seven days…